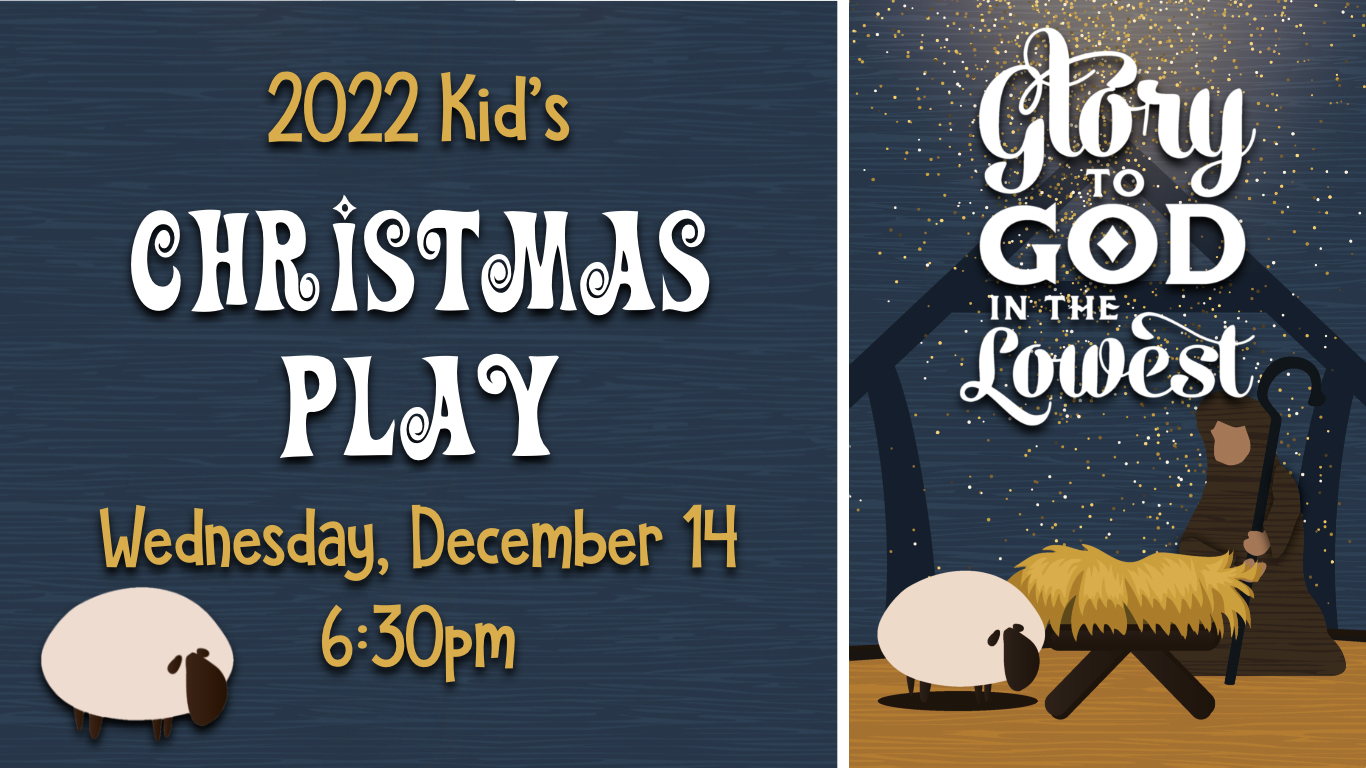 Save to your Calendar

When angels appeared outside the town of Bethlehem proclaiming the greatest news the world had ever heard, they didn’t deliver their message to the “high and mighty,” but to the simple and lowly — shepherds! And, not just any shepherds, but easily-disregarded “night shepherds.” Little did they know that the promised king, the Messiah from the line of King David, was born that night, right there in Bethlehem, and would grow up to be both the Lamb of God, and the Good Shepherd! Glory to God In the Highest became Glory to God in the Lowest, too, as the very Son of God came to the world He created as a tiny baby in a lowly manger!

The children are hard at work on their Christmas play!  Mark your calendars for Wednesday, December 14th at 6:30pm and come be part of the fun when they present "Glory to God in the Lowest"!

Subscribe to receive email updates with the latest news.
PLAN YOUR VISIT